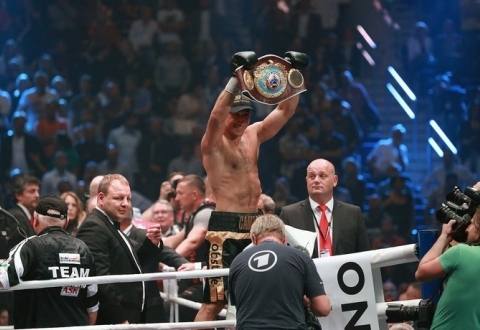 It will be the WBA International Champion’s belt holder, Frenchman Mehdi Bouadla (26-4), that will take on WBO Super Middleweight Champion Arthur Abraham (35-3) on December 15 in Nürnberg, Germany.   This will be Abraham’s first title defense fight after his being crowned world champion once again by defeating Robert Stieglitz.

After being defeated by Andre Ward in 2011, Arthur Abraham has won his three consecutive bouts while Bouadla came out the winner from his four previous fights. In 2011, Mehdi Bouadla was the IBF Middleweight title challenger, but the championship bout was canceled, boxingscene.com informs.