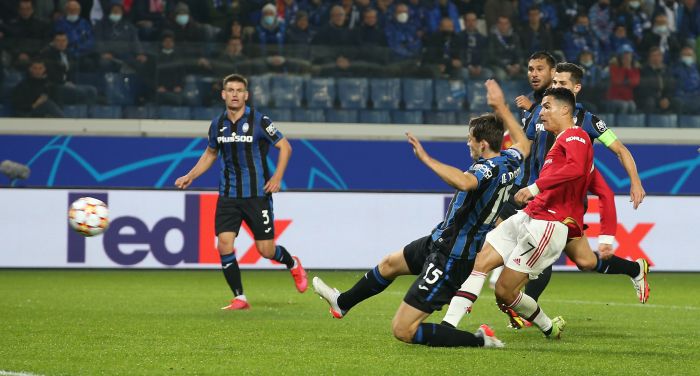 The fourth round of the UEFA Champions League has kicked off.

In Group E, reigning German Bundesliga champions Bayern Munich hosted Benfica and won 5-2. As a result, they have amassed 12 points and secured a spot in the playoffs. Barcelona, which defeated Dynamo Kyiv 1-0 in the Ukrainian capital, are second, with 6 points,.

In Group F, Atalanta hosted Manchester United, and the two teams played a 2-2 draw. Portuguese star forward Cristiano Ronaldo scored both goals of the guests. Man United are the current leaders in this group, with 7 points. Villarreal, which are second, also with 7 points, defeated Young Boys 2-0, and the latter have 3 points. Atalanta are third, with 5 points.

In Group G, reigning French Ligue 1 champions Lille faced Sevilla in their away match, and they won 2-1. Earlier, Wolfsburg had clashed with Salzburg at home and won 2-1. Salzburg are the current leaders of this group, with 7 points, Lille and Wolfsburg have 5 points each, whereas Sevilla are last, with just 3 points.

And in Group H, Juventus have booked their spot in the playoffs by recording their fourth win. They defeated Zenit Saint Petersburg 4-2 at home. Earlier, current Champions League titleholders Chelsea were hosted by Malmo and won 1-0. Chelsea are second, with 9 points, Zenit are third, with 3 points, whereas Malmo have suffered four defeats in this group.