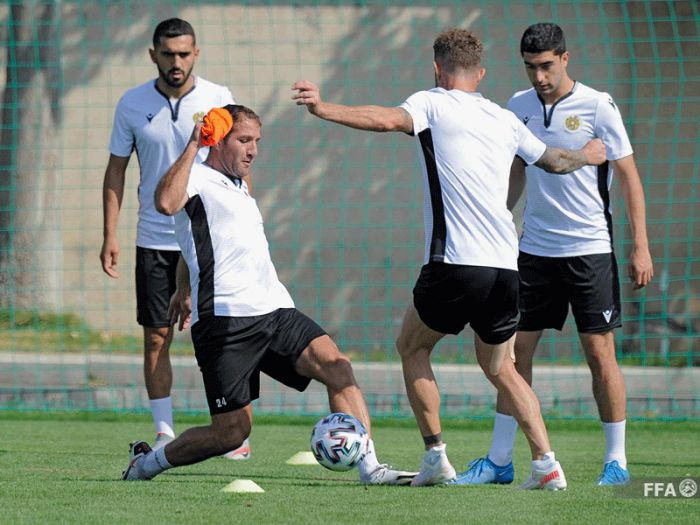 YEREVAN. – The Armenian national football team have started their training camp Saturday and will hold their first training session in Yerevan in the evening—ahead of their next matches in the 2022 World Cup qualifiers—, the Football Federation of Armenia (FFA) press service reported.

On October 4, the national squad will travel to Frankfurt, Germany, where they will continue preparations for their upcoming matches.

Taking into account the length of the flight from Armenia’s capital Yerevan to Iceland’s capital Reykjavik, it has been decided to continue the Armenian national team’s training camp in Frankfurt in order to reduce the flight distance, as well as to facilitate the joining of the national squad footballers playing abroad to the training camp.

The Armenian national team will head for Iceland on October 6.

First, they will be hosted by Iceland on October 8 in Reykjavik, then, three days later, they will face Romania, in Bucharest, in Group J of the European qualifiers for the 2022 World Cup in Qatar.