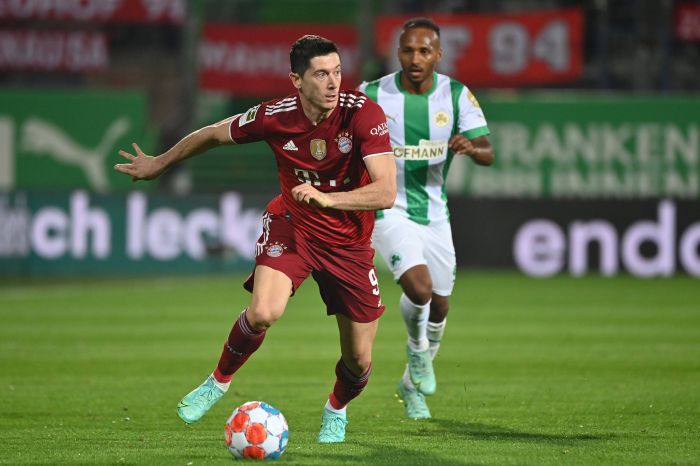 Polish forward Robert Lewandowski's goal-scoring streak Bayern Munich did not continue in the opening match against Greuther Furth in the sixth round of the German Bundesliga.

Prior to this game, Lewandowski had scored in 19 consecutive matches of Bayern—and in all tournaments.
In the previous round, Robert Lewandowski had set a record by becoming the first footballer to score a goal in 13 Bundesliga home games.