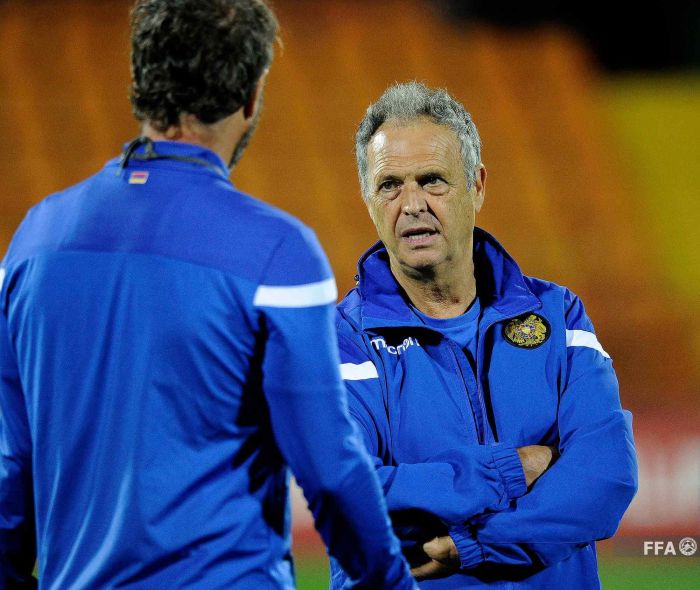 Spanish manager of the Armenia national football team Joaquin Caparros answered reporters’ questions after the team was defeated by Lichtenstein 1-1 in the 6th round of the 2022 FIFA World Cup qualifier.

“We didn’t win because we needed to score more goals. The opponent attacked once and scored a goal. This is the way football is, that is, sometimes it’s unfair. We were trying to attack from both sides, but it was not effective. David Yurchenko played well during the previous two matches, and it wasn’t like it was his fault that the opponent scored a goal. Every game will be like a final for us. I’m sure we can compete for a pass,” Caparros said.

After the tied match, the Armenia team stayed in second place with 11 points and is 1 point behind the leading German team of Group J. In the other matches, the Germany team on Wednesday will play against the Iceland team, and the North Macedonia team will play against Romania.

The teams of Armenia and Lichtenstein played for the sixth time. In the previous five games, the Armenia team scored three victories, and the teams failed to determine the winner two more times.

In the previous five rounds of the 2022 FIFA World Cup qualification, the Armenia national team defeated Lichtenstein (1-0), Iceland (2-0), Romania (3-2), tied the match with North Macedonia without any goals, was defeated by Germany (0-6) and is in second place in Group J with 10 points. Germany, the leader, has 12 points, Romania — 9, North Macedonia — 8, Iceland — 4, and Lichtenstein suffered 5 defeats.