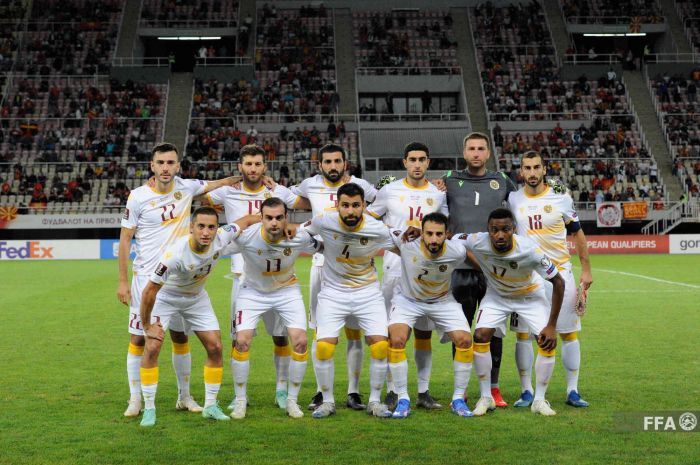 Armenia were hosted by North Macedonia, in the capital Skopje, and played a goalless draw in the fourth round of their Group J match in the European qualifiers for the 2022 World Cup.

As a result, Armenia remain in first place in Group J, with 10 points, and North Macedonia are third, with 7 points.

Romania beat Iceland 2-0 and are fourth in Group J, with 6 points. Iceland are fifth , with 3 points, and Liechtenstein are last, without points.

In their next two group matches in the European qualifiers, Armenia will face Germany (Sunday) and Liechtenstein (September 8).