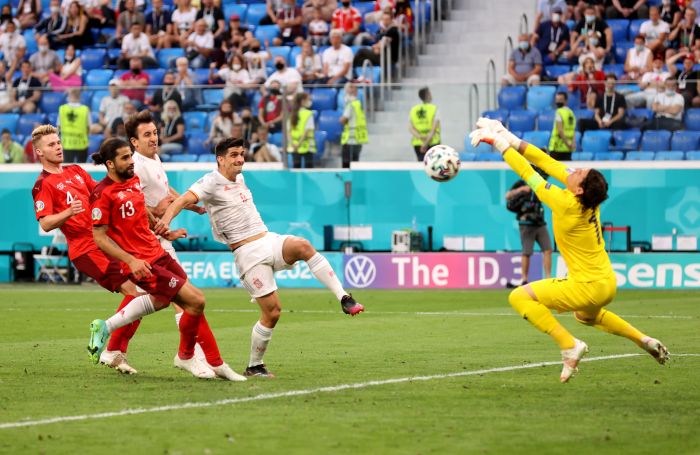 The quarter-final of UEFA Euro 2020 kicked off, and the Switzerland and Spain national teams were the first to compete.

In the main and additional time of the match held in Saint Petersburg, the teams tied the match 1-1, and Spain won with post-match 11-meter kicks.

In the 8th minute, FC Barcelona’s 32-year-old center-back Jordi Alba kicked a goal to the Swiss team’s goalkeeper, after which the ball ricocheted after a kick made by 24-year-old Swiss midfielder, member of Borussia Monchengladbach Denis Zakaria. The tenth own goal was recorded at Euro 2020.

After the score was 1-1, additional time was set, but no goal was scored.

After Fabian Schar’s kick, the Spanish team’s goalkeeper Unai Simon made a save. Out of the members of the Spanish team, Dani Olmo, Gerard Moreno, Mikel Oyarzabal made 11-meter kicks, and Oyarzabal’s kick was triumphant.

During the semi-final, Spain will compete with the winner of the Belgium-Italy match to be held in London on July 6.