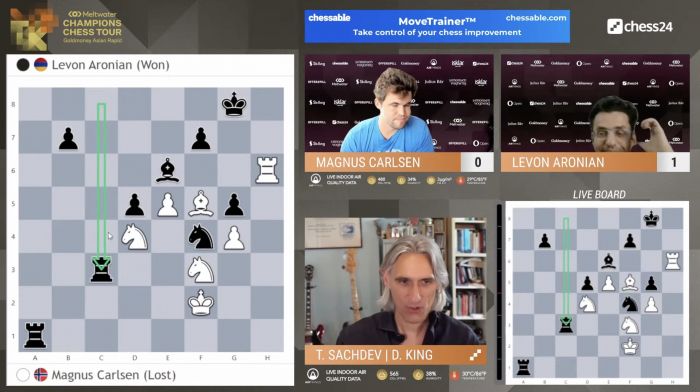 On the second day of the semi-final, the Armenian chess grandmaster won 3-1 (2 victories, 2 tied matches) after the four main matches and moved to the tie-break. On the first day, Aronian was defeated 1.5-2.5.

During the tie-break, Aronian scored victories in both matches (2-0).

During the final, Aronian’s opponent will be Russian Vladislav Artemiev, who defeated Chinese Ding Liren 1.5-0.5 during the tie-break.

The final will take place on July 3-4. 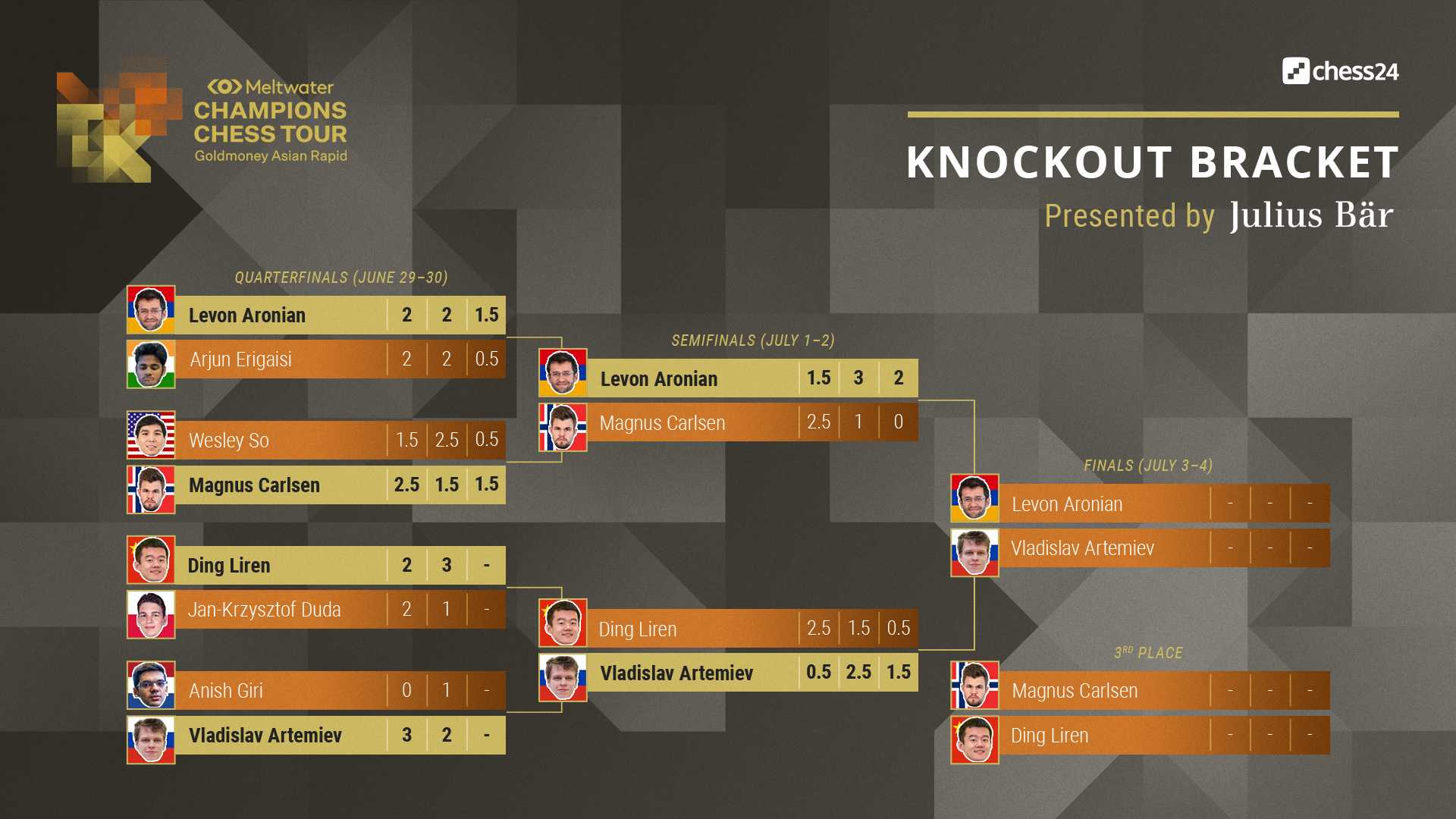