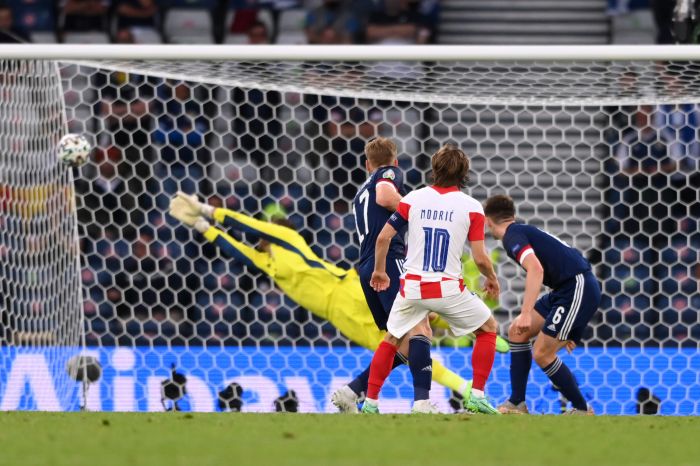 The national football squads that are in Group D on Tuesday played their matches in the last round of the group stage at Euro 2020.

England, which had already booked their spot at the Round of 16 in the previous round, hosted the Czech Republic in London, and they won 1-0.

England took first place, with 7 points, in Group D. The Czechs are third, with 4 points, and have also advanced to the playoffs.

The second place in the group was taken by reigning World Cup runners-up Croatia, which faced Scotland in Glasgow and won 3-1, and went ahead of the Czech Republic on goal difference.