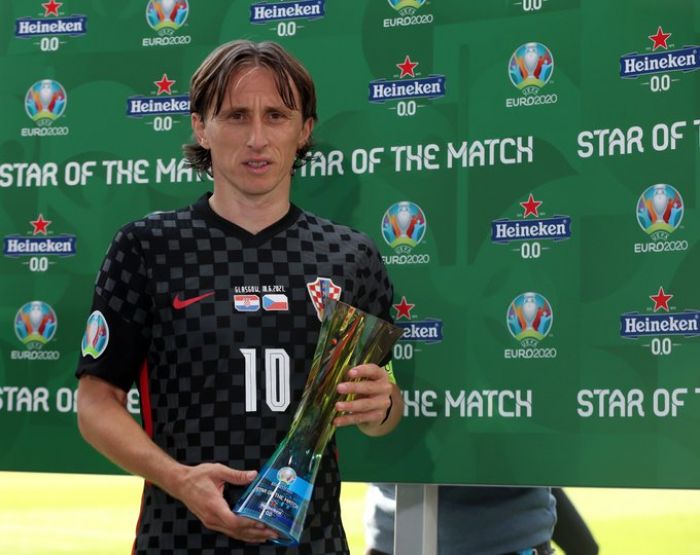 Midfielder for the Croatia national team and Real Madrid Luka Modric was named the top player of the Croatia-Czech Republic match in the second round of the group stage of UEFA Euro 2020, the football championship’s press service reports.

Czech Republic are in first place with 4 points, Croatia are in third place with 1 point.

In the first round of Group D, Croatia were defeated by England 0-1, the Czechs defeated Scotland 2-0.

In the third round, Czech Republic will face England, and Croatia will face Scotland on June 22.