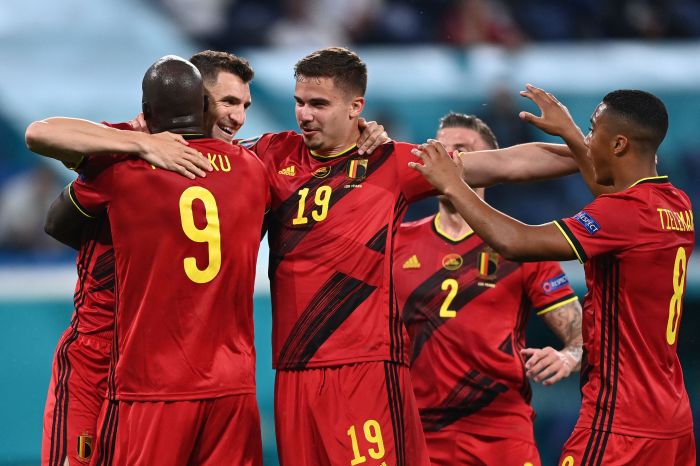 The Belgium national team confidently scored a victory over the Russia national team 3-0 during the second match of the first round of Group B in the group stage of the 2020 UEFA European Football Championship (Euro 2020).

During the match held in St. Petersburg, striker for Serie A club Inter Milan Romelu Lukaku scored a double, and among the outstanding players was Borussia Dortmund’s defender Thomas Meunier, who scored a first-half goal as a substitute.

Thomas Meunier became the first footballer to score a first-half goal as a substitute during the European football championship.

During the other match of Group B, the Finland national team, which is participating in the final tournament of Euro 2020, beat the Denmark national team with a minimum score in Copenhagen.

In the second round, on June 16, the Russians will face the Finns in St. Petersburg, while Belgium will face the Denmark national team in Copenhagen the next day.