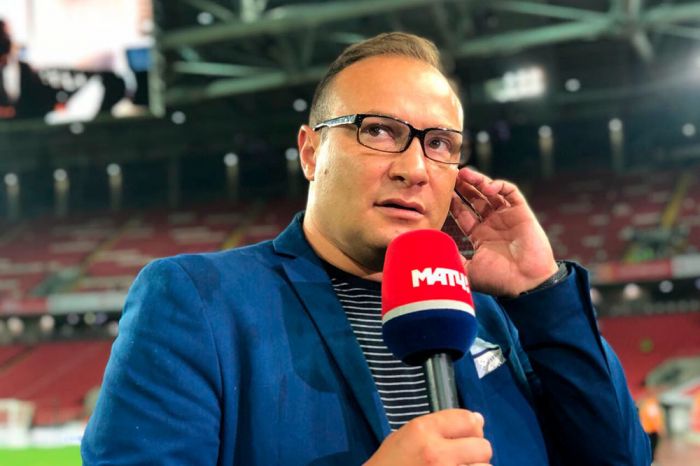 Russian sports commentator Konstantin Genich did not receive accreditation for Euro 2020 coverage due to the refusal of the Baku organizing committee.

Genich had visited Artsakh (Nagorno-Karabakh) in 2009, and that is why Azerbaijan did not provide him with accreditation at the last moment.

"The case concerns Azerbaijan and their behavior. My accreditation was confirmed, I had received the letter, the ID number from UEFA, I had passed all the inspections. All that was left was to get the accreditation certificate. However, it seems that the story related to Nobel Arustamyan has hit them [the Azerbaijani]. After reviewing the list of the accredited reporters of Match-TV, they recalled that I visited Karabakh in 2009 and participated in a football tournament of the CIS and Baltic countries.

Today they called from Azerbaijan and asked about my visit to Karabakh in 2009 and breaking the law. I refused to comment. Five minutes later I received a letter from UEFA informing me that my accreditation for Euro 2020 had not been confirmed. It is a final decision. The [electronic] mail address is the Azerbaijani side: Baku 2020.

I do not quite understand why politics and sports should be mixed, especially on the opening day of the championship. I hope that the problem will be resolved and my accreditation will be confirmed and I will work in this championship. But if not…Baku, it is a pity, but I am disappointed," Genich wrote on Telegram.

Earlier, Russian Armenian sports commentator Nobel Arustamyan also did not receive accreditation due to the rejection of the Baku organizing committee. But this matter was resolved with the intervention of the Russian Foreign Ministry.