Armenian alpinists will head to the Himalayas 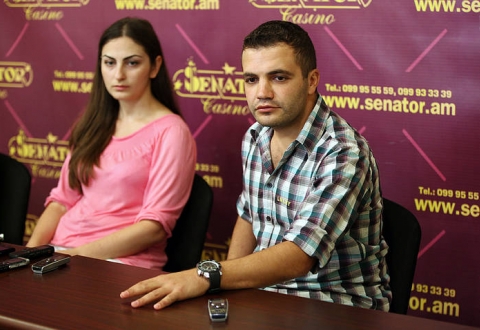 Armenia has an opportunity to develop extreme tourism, head of the Armenian Extreme Club Gor Hovhannisyan told reporters on Wednesday.

Two Armenian alpinists - head of the organization Gor Hovhannisyan and Zara Khachikyan will participate in an international festival of mountain tourism to be held from Oct. 5 to Nov. 1. Last year the number of participants in the festival was 18,000, and Armenian team is participating in the festival for the first time.

“Armenian alpinists will head to the Himalayas and participate in an international festival. As for the alpinism development in Armenia, it is developing fast. We have all what is necessary. AS to financial assistance of the government, but we are sure we will get it as soon as achieve tangible results,” Hovhannisyan concluded.