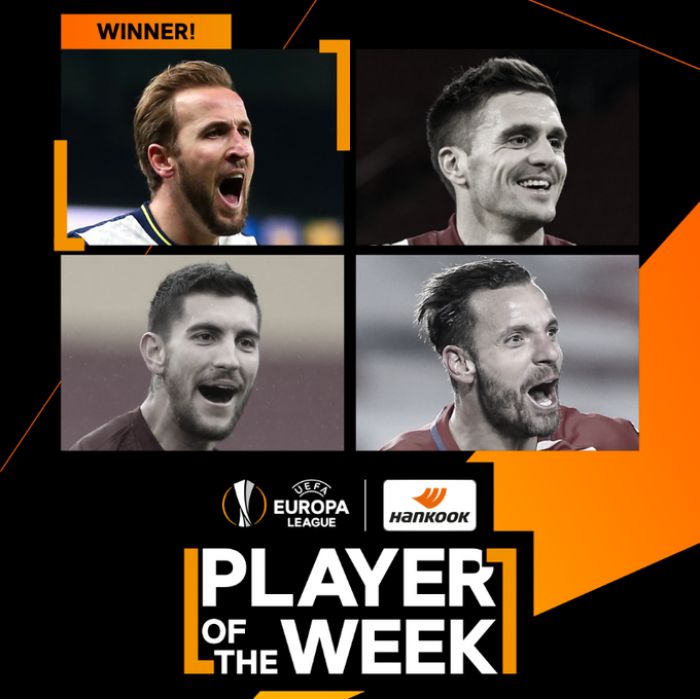 Based on the results of the first matches of the 1/8 final of the UEFA Europa League, English forward for Tottenham Hotspur Harry Kane has been named Player of the Week, UEFA’s press service reports.

The 27-year-old footballer scored a double during the match against Dynamo.

The response matches of the 1/8 final of the UEFA Europa League will take place on March 18.