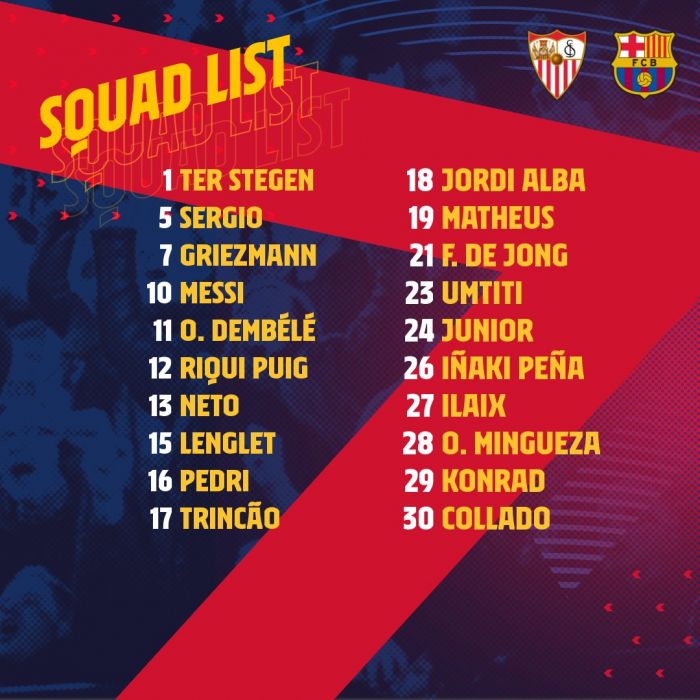 FC Barcelona’s Dutch manager Ronald Koeman has released the list of footballers who are preparing for the match (against Sevilla FC) of the semi-final of the play-offs for the Spanish football cup. There are 20 players on the list.