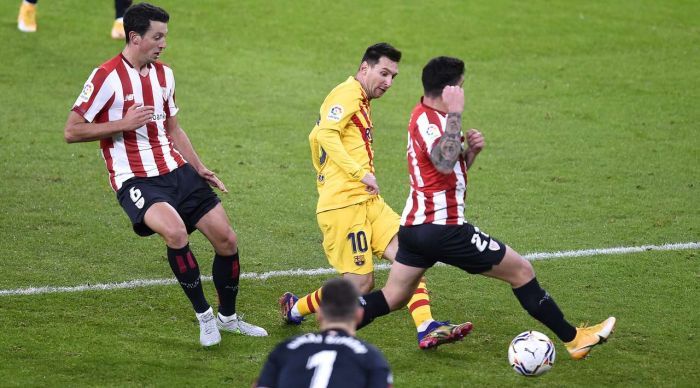 Barcelona, with the help of the two goals by their Argentine star forward Lionel Messi, won 3-2 their away match against Athletic Bilbao in their earlier-postponed Spanish LaLiga clash.

MisterChip reports that Messi's goals have brought victory to Barca in their LaLiga matches for the first time since February 2019. The 33-year-old Argentine had previously recorded such an achievement in their game against Sevilla (4-2).

Messi's 452 goals in LaLiga have brought Barcelona 212 points, which is a record.

This season, Messi has so far netted 9 goals and made 2 assists in 16 La Liga appearances for Barca.