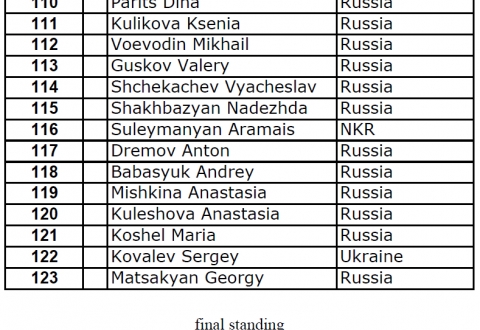 Following the Azerbaijanis’ protest, the event organizers announced they will not cancel Suleymanyan’s results, but will note “Azerbaijan” as the country he represents.

At the end, however, Russianopenbowling.ru posted that Aramais Suleymanyan represented Russia, but “NKR” was noted in the final result record.