Armenian players were not ready for provocations - chief coach 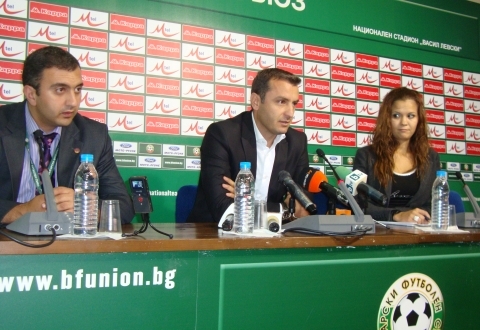 Armenian national football chief coach Vardan Minasyan claimed in a press-conference that the most negative factor of Bulgaria-Armenia (1:0) match was behavior of the national’s players.

According to the trainer, the team was focused on victory, but luck may turn away even from the strongest team. The chief coach also stated that he was very surprised by the negative behavior of the national players as he saw them in this condition for the first time. He added there were also provocations, to which the national was not ready. Football is a game and not a war and the players should not have influenced by the Bulgarian players’ provocations.

“I want to say that I liked Robert Arzumanyan’s and Hrayr Mkoyan’s play. I always see that defense is possible only with the attack, which the Armenian national lacked during the match against Bulgaria,” Minasyan concluded.