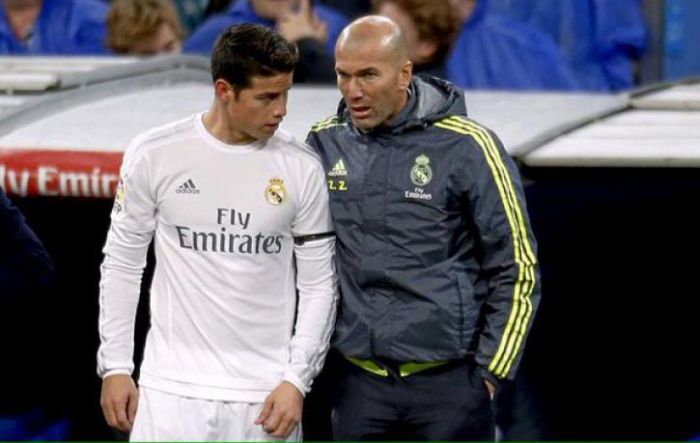 Real Madrid manager Zinedine Zidane has highlighted the role of Colombian midfielder James Rodriguez at the club, AS reported.

"He is important, and he is ours," Zidane told reporters. "He is 29 years old today and I congratulate him. It is true some play more and others less, but I will not look down on any player.

"Everyone brings something to the team. I can count on all of those I have."
Rodriguez has scored one goal and made one assist in eight appearances so far for Real in the current season of the Spanish LaLiga.

James' current contract with the club is expected to run until June 30, 2021.

His transfer value is now estimated at 32 million euros.