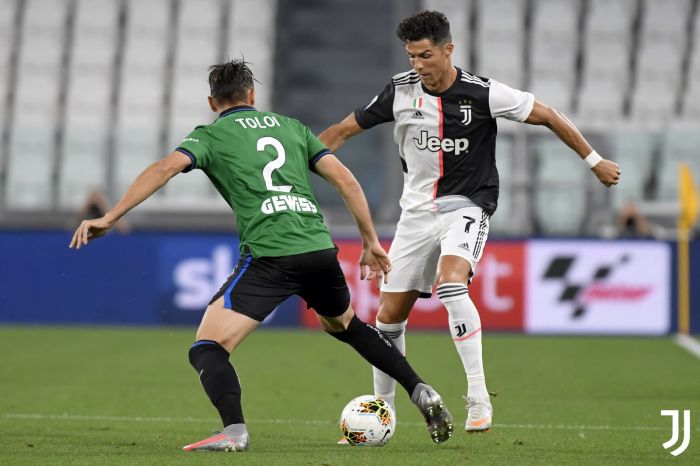 Juventus hosted Atalanta in the 32nd round of the Italian Serie A, and they played a 2-2 draw.

Even though Juve were behind twice in this game, they avoided defeat thanks to the two penalty-shot goals from Cristiano Ronaldo.

Juventus leads the current Serie A standings with 76 points, while Atalanta are third with 67 points and are 1 point behind Lazio.