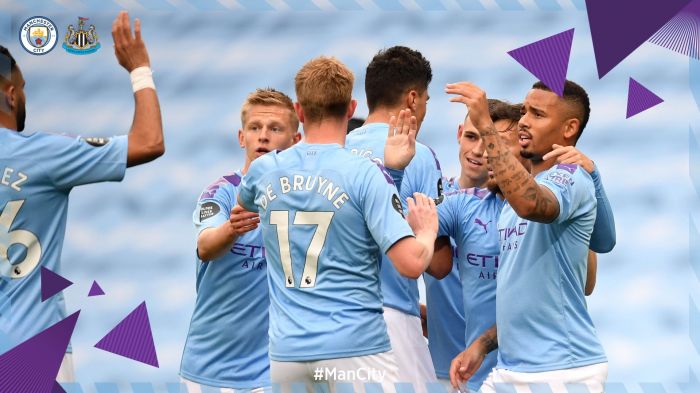 In the 34th round of the EFL Championship, Manchester City competed with Newcastle United at home and beat the latter 5-0.

Manchester City are in second place with 69 points and is 9 points ahead of Chelsea, which are in third place. Newcastle United are in 13th place with 43 points.

Wolverhampton was defeated by Sheffield United (0-1), which climbed up to 7th place with 51 points and are 1 point behind Wolverhampton, which are in 6th place.