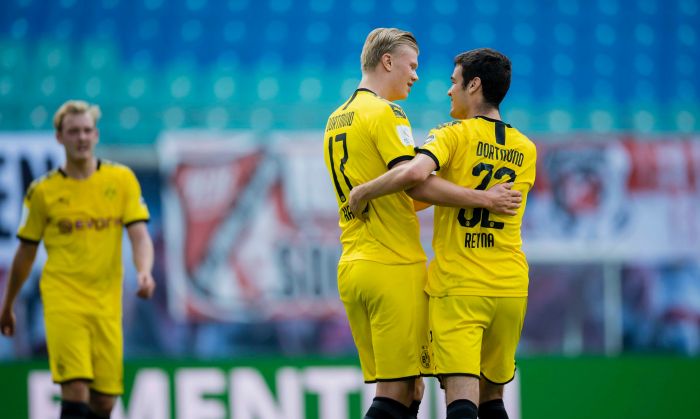 "Erling Haaland scored his 13th goal in 14 Bundesliga games to secure second place in the table for Borussia Dortmund ahead of RB Leipzig, with Gio Reyna claiming an assist in his first start in the top-flight," Bundesliga's press service reported.