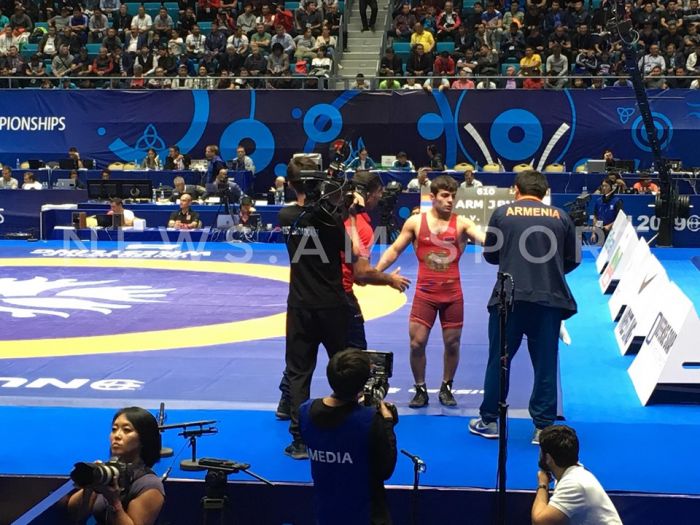 The representative of Armenia Vazgen Tevanyan (65 kg) lost the opportunity for a consolation match at the World Championship in freestyle wrestling in Nur-Sultan.

In the 1/16 final, Tevanyan lost 0-6 to 2018 world champion Takuto Otoguro, while the latter in the 1/8 finals was defeated by Russian Gadzhimurad Rashidov, and Tevanyan lost the chance of comforting match.