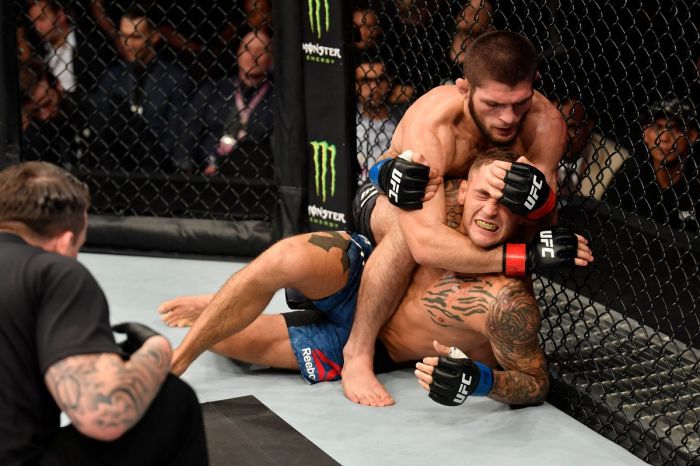 Nurmagomedov, 30, won in the third round, using a suffocating take.

He has 28 victories in 28 fights. Poirier lost the belt of the interim champion.