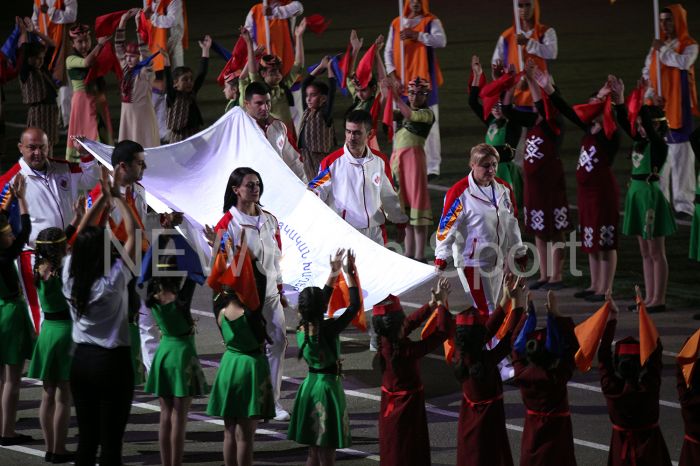 For several hours on Tuesday, the capital city of Artsakh (Nagorno-Karabakh) was transformed into the center of Armenians worldwide.

The event organizers’ promises that this opening ceremony will be the best in its 20-year history were fulfilled.

In addition to the participating athletes, a large number of fans also were at the Republican Stadium in Stepanakert.

Over 5,000 athletes and coaches walked through the stadium during the march of the participating sports delegations.

After the torch of the 7th Pan-Armenian Summer Games was lit, there was a magnificent fireworks display, and then Nikol Pashinyan declared the Games open.

The closing ceremony of the 7th Pan-Armenian Summer Games will take place on August 17 in Yerevan, the capital city of Armenia.