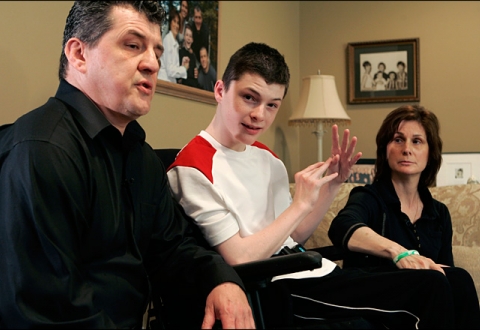 Steven Domalewski, 18, who suffered brain damage after a ball struck his chest during a baseball game, will receive more than $9 million after a $14.5 million settlement was reached with the maker of Louisville Slugger bats, the Sports Authority, and the New Jersey State Little League.

Domalewski was struck in the chest between heartbeats by a line drive while pitching in a 2006 LittleLeague game. His heart stopped beating, depriving his brain of oxygen for between 15 and 20 minutes. As a result, the boy became disabled.
A