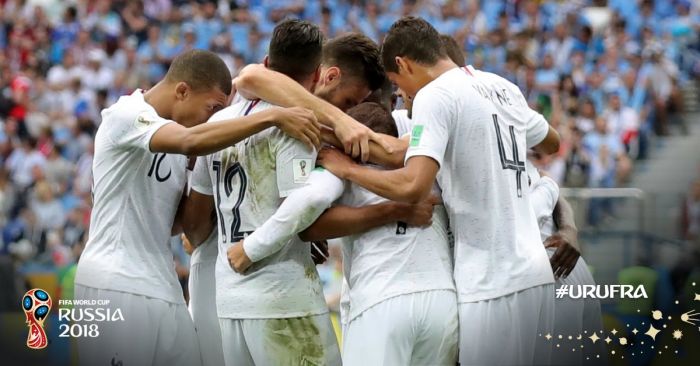 Muslera spilled Antoine Griezmann's long-range effort into his own net to double France's tally, after Raphael Varane had opened the scoring before half-time with a precisely placed header from a Griezmann set-piece.

France will now wait to see whether they will face tournament favourites Brazil or close rivals Belgium in the semi-final, which takes place on July 10 in St Petersburg.