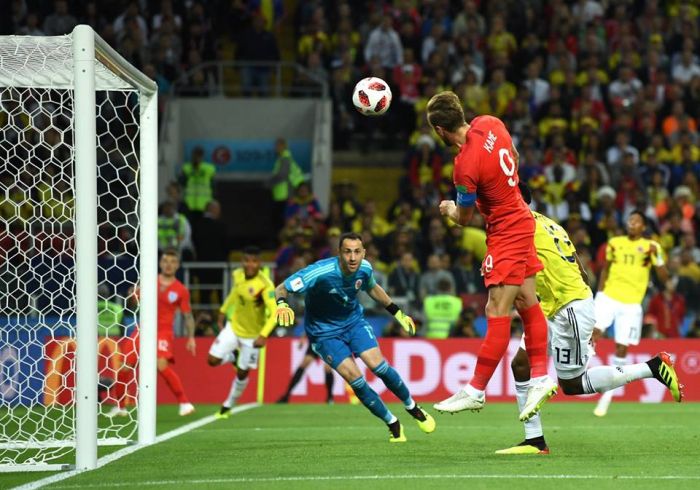 England finally overcame nearly 30 years of penalty pain when they beat Colombia 4-3 in a shootout on Tuesday after drawing their World Cup last-16 clash 1-1 following extra time after the South Americans had equalised in the 93rd minute, Reuters reported.

Harry Kane handed England the lead from the penalty spot but Yerry Mina scored late to level the scores.

England will now take on Sweden in the quarterfinals of the competition.