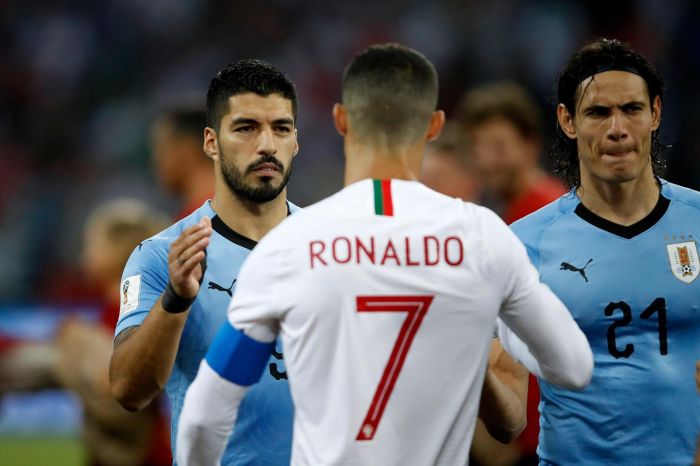 Uruguay forward Edinson Cavani has scored a stunning brace to lead the South Americans to a 2-1 win over European champions Portugal in the World Cup round of 16 and set up a quarter-final against France, ABC News reported.

Two goals from Edinson Cavani put the South American side into the last eight after Pepe had earlier pulled things level for the Portuguese in the Fisht Olympic Stadium in Sochi.

Ronaldo could not add to the four goals he scored in the group stages.