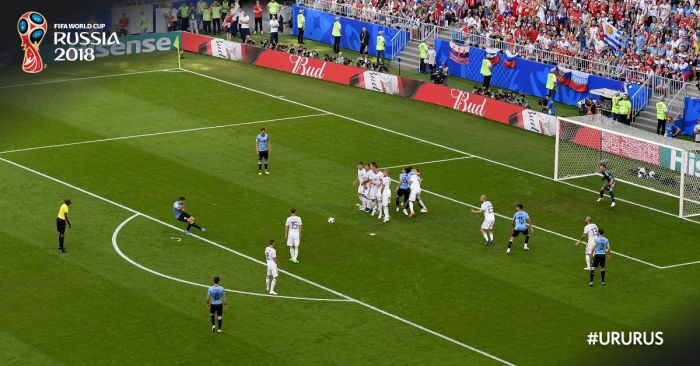 Uruguay won Group A after beating Russia 3-0 in the third match of the World Cup group stage.

Luis Suarez scorched in a free-kick, while the second goal shot by Diego Laxalt's went in thanks to a Denis Cheryshev deflection.

Igor Smolnikov received a red card before the break. Edinson Cavani scored in the second half.

Uruguay has nine points and advanced to the playoffs.