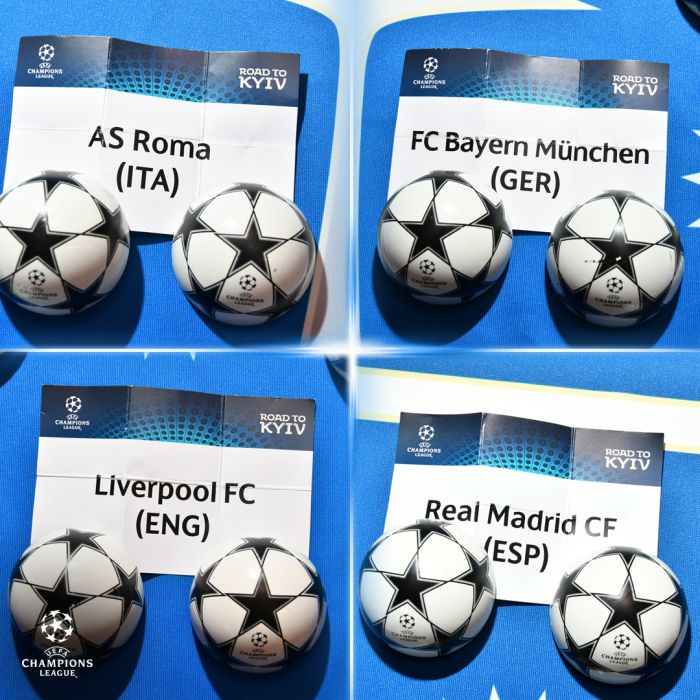 As a result, reigning titleholders Real Madrid will lock horns with Bayern Munich while Liverpool and AS Roma will play against each other to book their spots in the final.

Bayern and Liverpool will play their first legs at home.

The first legs in the semifinals will take place on April 24 and 25, and the return legs—on May 1 and 2.

And the Champions League final is slated for May 26, in the Ukrainian capital city of Kyiv.