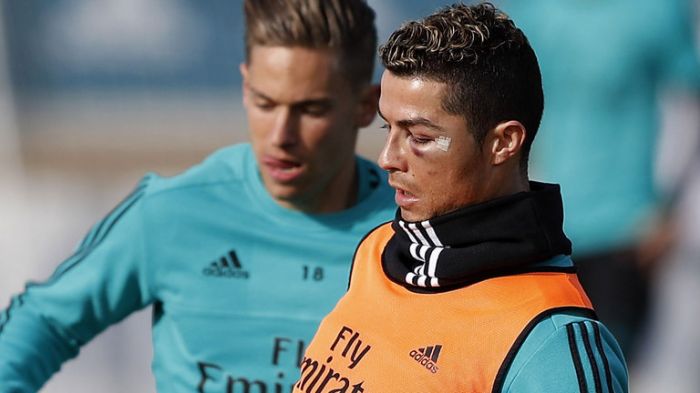 After Real Madrid being knocked out at the quarter-final stage of the Copa del Rey by Leganés, Portuguese forward of the Madrid Real Cristiano Ronaldo has accused three teammates who, according to him, did not play hard enough.

The Portuguese called on the president of the Royal Club Florentino Perez to resort to decisive measures, express reported.

Ronaldo who missed the game because of an injury,  accused Kiko Casilla, Achraf Hakimi and Marcos Llorente, whom Zinedine Zidane included in the starting lineup of Real.