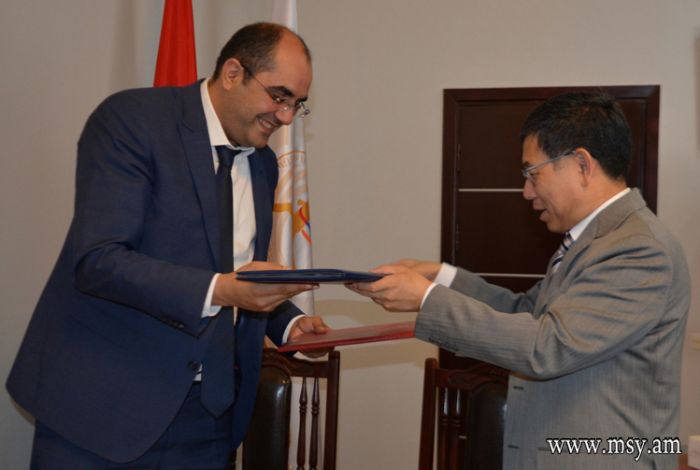 Also, the Minister Rostomyan thanked the Chinese diplomat for his willingness to collaborate in sports activities.

Ambassador Erlong, for his part, said he is glad that this cooperation will help increase the number of people engaged in sports in Armenia and embed a healthy lifestyle among its population, especially in the provinces of the country.

In the first phase of this cooperation, sports grounds are planned to be built in Vanadzor, Kapan, and Ijevan towns, informed the press service of the Ministry of Sport and Youth Affairs.