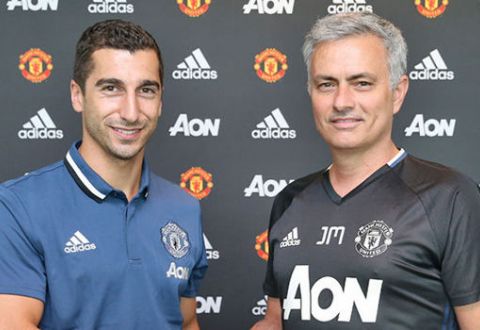 During his pre-match press conference, the Portuguese specialist had stated that the Armenia international was not injured any more, and he was training without any limitations.

“One thing is fit and not injured, another is match fitness, match intensity and ready to play this game,” Metro newspaper of Great Britain quoted Mourinho as saying. “I cannot play with everyone at the same time.

“Micky [i.e. Mkhitaryan] hasn’t played in a long time; this team is a good team with a good intensity.”
Henrikh Mkhitaryan, 27, has been out of action since September 10, when his thigh injury recurred during Manchester United’s English Premier League derby against Manchester City.