Press service of the Bundesliga has presented the five best goals that were scored in Week 21 of the current season in Germany’s top football league.

In addition, the Bundesliga website has included the 27-year-old Armenia international in its Team of the Week. 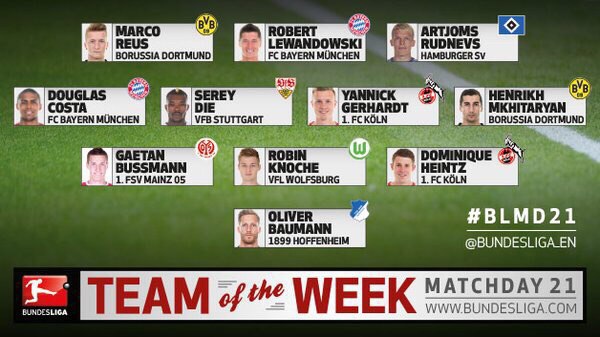