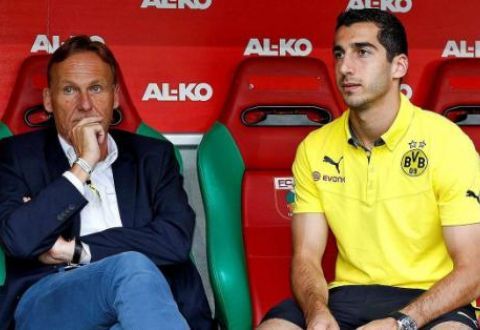 Watzke had said Mkhitaryan probably will not go to Azerbaijan to play in the German club’s Europa League group stage away match against Gabala. The game is slated for Thursday in Baku, the capital city of Azerbaijan.

The BVB boss had stated that there are difficulties in Baku with respect to ensuring Mkhitaryan’s safety. He had added that if a player does not feel comfortable and has a sense of fear, they certainly will take these circumstances into account.

“The statement by the Dortmund representative is groundless,” Azerisport.com quoted Najafov as saying. “We create maximum safety conditions. (…) Armenian athletes have come to Baku before this, too. (…) The German club has not applied to us on the [Azerbaijan entrance] visa issue for Henrikh Mkhitaryan.”