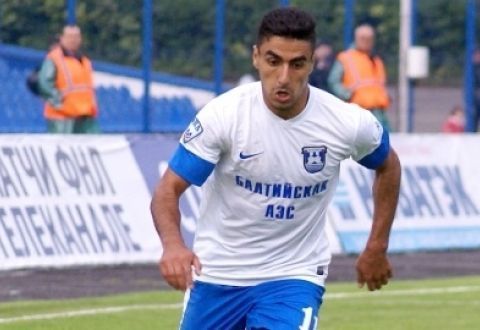 FC Baltika Kaliningrad midfielder Ishkhan Geloyan has been included in the Onedivision.ru “dream team” of the third round in the new season of the Russian National Football League, which is the second level of Russian professional football.

“The young footballer is becoming the leader of the team,” wrote the aforesaid website. “He has already scored a goal, and he also made an assist in this game.

“Ishkhan is not afraid to take on the game, and he works well especially in the penalty area of the opponent.”

The 22-year-old Russian Armenian midfielder has recently returned to Baltika.

In the previous season, Ishkhan Geloyan was playing for FC Vityaz Krymsk (Russia).