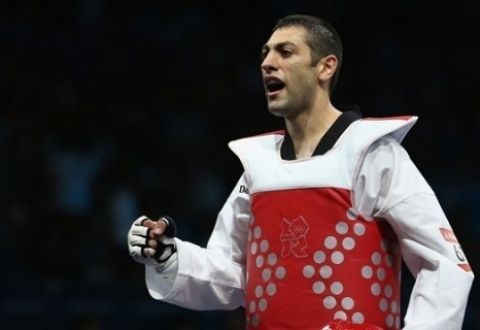 Arman Yeremyan (Armenia) got a chance to fight for a bronze medal in the taekwondo competitions at the 2015 European Games being held in Baku, the capital city of Azerbaijan.

The Armenian athlete had started his campaign in the 80 kg category in the 1/8 finals, where he defeated Yunus Sari (Turkey). In the quarterfinals, however, he had lost to Albert Gaun (Russia).

But since the Russian athlete has advanced to the final, Yeremyan received an opportunity to vie for bronze.

In the first respective consolation match, Armenia’s representative will face Richard Ordemann (Norway). And if he wins this fight, he will “battle” Julio Ferreira (Portugal) for the bronze medal.

Arman Yeremyan is Armenia’s sole representative in the taekwondo competitions at the 1st European Games.