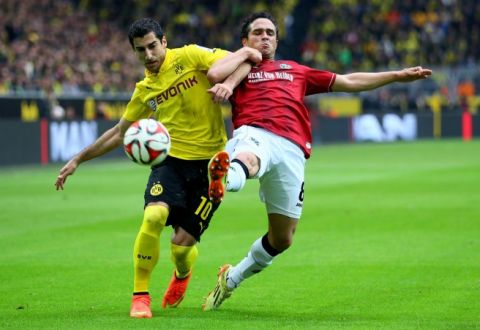 “After the Champions League match against Galatasaray [S.K. (Turkey)], Mkhitaryan was trying to repeat the Istanbul success, which he partially succeeded in.

“Henrikh was attacking actively, creating the rhythm of the game, but we was unlucky at some moments,” Der Westen wrote.

Borussia Dortmund suffered their fourth straight Bundesliga defeat. The Armenia international was in BVB’s starting eleven and he played the entire game. In the second half, Mkhitaryan had an altercation with Hannover’s Turkish midfielder Ceyhun Gülselam, and, as a result, both players received yellow cards.