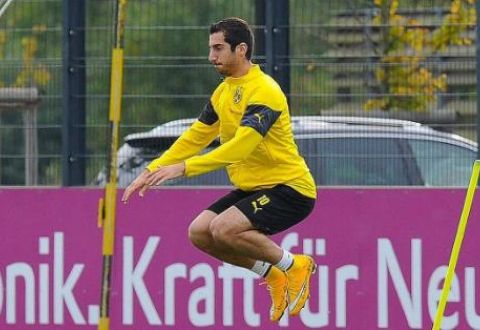 In all likelihood, Borussia Dortmund (BVB) midfielders Henrikh Mkhitaryan, Marco Reus, and Ilkay Gündogan will be in the BVB roster for the club’s German Bundesliga match against 1. FC Köln, Bild reported.

“We hope that they will be among the substitutes at the very least,” Dortmund Sporting Director Michael Zorc stated.

Bild also made an assessment of the physical condition of these players.

With respect to Armenia national football squad’s Mkhitaryan, the magazine noted that he is training with the full BVB squad, but with limitations. The midfielder is also training with an individual program. Over the course of the past three weeks, the player has recovered 90 percent of his physical fitness. And there is an 80-percent chance that the Armenia international will enter the pitch against Köln.