Mkhitaryan: I don’t want to stay at this level of performance 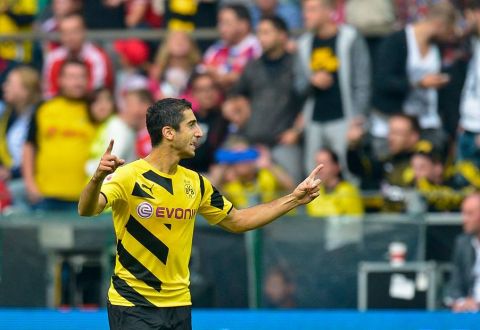 “It’s going to be very difficult to challenge Bayern - they are an incredibly strong team.”

“We have to do everything we can to make sure we finish in those top three places and qualify for the Champions League. That’s our goal for this season. Anything more is going to be very hard for us.

“I’m going to try to do more this season. I’ll do my best. I don’t want to stay at this level of performance; I want to build on it. I always try to give my all in every game and in every training session to make our supporters happy,” Bundesliga.com quoted the 25-year-old Armenia international as saying.

Henrikh Mkhitaryan scored eight goals in his last seven appearances for Dortmund. In addition, he netted his club’s first goal in their 2-0 defeat of Bayern Munich in Wednesday’s German Supercup final.