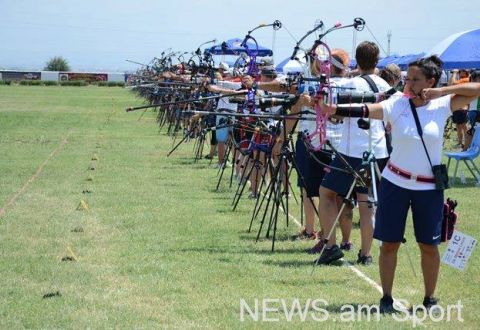 Teams competed on Wednesday, the third day of competitions in the European Archery Championships, which are held in Etchmiadzin, Armenia.

The countries contended in Olympic and non-Olympic bows.

In men’s Olympic bow, Russia won the bronze medal, and Poland did the same in women’s competition.

The team finals will take place on Friday.

As reported earlier, Gohar Shahnazaryan is Armenia’s sole athlete who still has a chance to win a medal in the European Archery Championships. In the 1/24 finals, Shahnazaryan will face the representative of Spain.