Arthur Abraham: Once I will have to say goodbye to sport 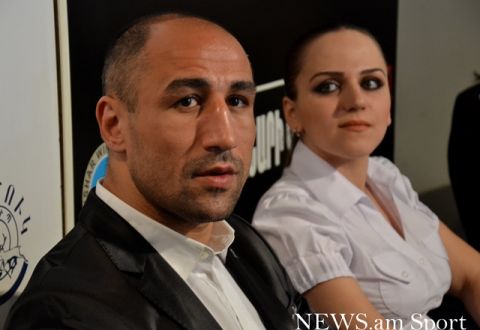 YEREVAN. – Arthur Abraham said he had tough bouts this year, and was happy to defeat Robert Stieglitz to achieve his fortieth win in professional boxing ring.

Talking to reporters in Yerevan, WBO Super Middleweight Champion said he will once have to say goodbye to sport.

“I will be able to drink and eat whatever I want. Now I have to think about my upcoming bouts,” he said.

Abraham said his fight against Stieglitz was tougher that he could imagine, and he was really happy to win it.

“I plan to have another two bouts by the end of this year, in September and December. I have come to Armenia to have rest for several days,” he emphasized.