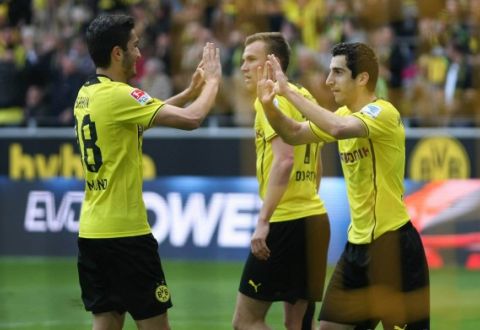 “The most beautiful of the goals came in the 31st minute, by way of Henrikh Mkhitaryan. He has gradually improved his game. But will Mkhitaryan be able to maintain his progress?

‘“I’ll play wherever I can help the team. I hope to play better in the next season,’ Mkhitaryan modestly commented after the game.

“The Armenian midfielder also hinted that although he receives more space in the wings, he would like to go back to the center,” Ruhrnachrichten.de specifically reported.

Henrikh Mkhitaryan scored his eighth Bundesliga goal this season in Dortmund’s clash against Hoffenheim. In addition, Goal.com recognized the 25-year-old Armenia international as the game MVP.