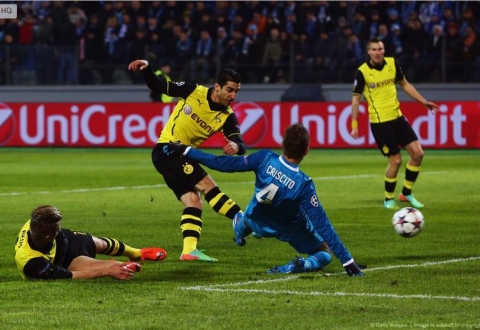 Mkhitaryan was at the right place at the right time, at the beginning of the match, as he caught up with the ball after Reus had fallen, Sport Express writes.

“[Germany international and Dortmund midfielder Marco] Reus entered into the penalty area, and Mkhitaryan sent the ball into the net. For his part, and as always, Mkhitaryan was active and creative in the playmaker’s position,” the website also wrote.

Dortmund won Tuesday’s match by a score of 4-2, and the 25-year-old Armenian international opened the score in the fourth minute. Henrikh Mkhitaryan started for BVB, and he was substituted in the 70th minute.