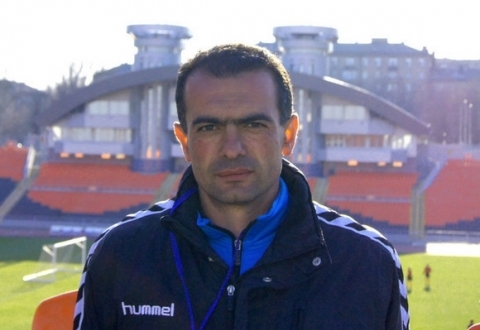 Armenia’s junior national football team continues preparations for the first group qualification tournament of the European Tournament. In this round the Armenian National Team will compete against the teams of Moldova, Serbia and Belarus.

The correspondent of NEWS.am - Sport talked with the head coach of the junior national team Roman Simonyan.

Does the national team participate in an international tournament for the first time?

Yes, our team does participate in an international tournament for the first time. This is a very important tournament for our team. Our first opponent will be the Hungarians on Saturday.

What is the tournament system?

After three matches in each group the teams will compete against teams from other groups than ranked the same position.

Who are the strongest players of our team and from which clubs they are?

The national team had a goalkeeper problem. Was that problem settled?

That problem was settled with the arriving of Anatoly Ayvazov.