Result of Italy vs. Armenia match in line with game – Vardan Minasyan 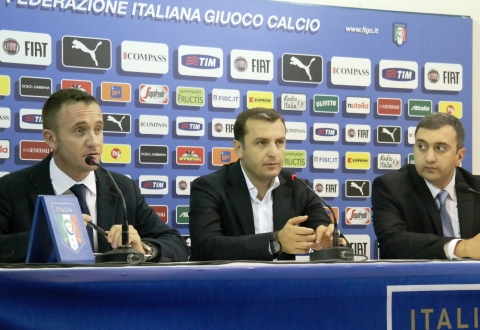 By Vera Martirosyan and Davit Yeghiazaryan

NAPLES. – Armenia manger Vardan Minasyan said that match against Italy was “rather interesting” and the result is in line with the game.

Talking during the press conference following the match, Minasyan praised Mario Balotelli, noting that the forward once again proved that he is a great player.

“Henrikh Mkhitaryan is an important player for Armenia, and it is not mere coincidence that he is playing for Borussia,” Minasyan added.

Armenian national’s head coach refused to comment on the entire qualifying round, adding he would sum up the results during a press conference in Yerevan.

NEWS.am Sport, in assistance with the Vivaro bookmaking agency, is covering Italy vs. Armenia match-related developments directly from Naples.