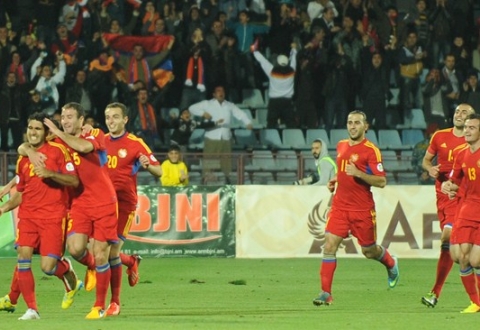 Due to this defeat, Bulgaria remain second in Group B, with 13 points, thus having the worst record from among the current second-place teams in the nine European groups.

Turkey, on the other hand, are second in Group D, with 16 points.

To note, fifty-three European nations are competing for thirteen spots to the 2014 World Cup finals. The nine group winners will automatically book their spot at Brazil 2014, whereas the eight second-place national squads with the best records will face one another in a knockout phase for the remaining four spots.

The Armenian national team presented a gift to Turkey, writes CNN Turk news agency of Turkey, and Aksam daily of Turkey expresses Armenia gratitude for it.