Armenia and Denmark national squads train in Yerevan for their match 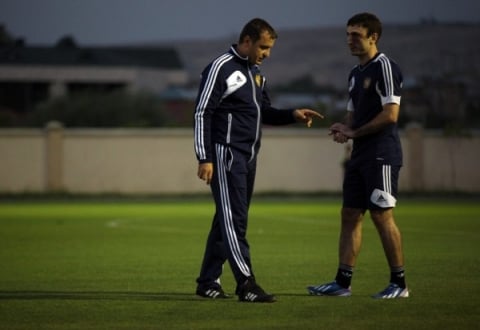 YEREVAN. – The Armenian and Danish national football teams are preparing for their return-leg match in the 2014 World Cup qualifiers.

In the first leg, which was played in Copenhagen, Armenia had defeated the home nation by a score of 4-0.

On Sunday, the Denmark squad trained at Armenian capital city Yerevan’s Hrazdan Stadium, where the return match will be played. Armenia, on the other hand, held their second practice session at Avan Football Academy in Yerevan.

Denmark have one absent player after their game with Malta. Belgium’s K.A.A. Gent striker Nicklas Pedersen will not be able to help his team due to injury.

On Monday, the managers of the two national squads will hold press conferences.

To note, the Armenia vs. Denmark match will be played Tuesday and the official kick-off time is 8pm, Armenia time.