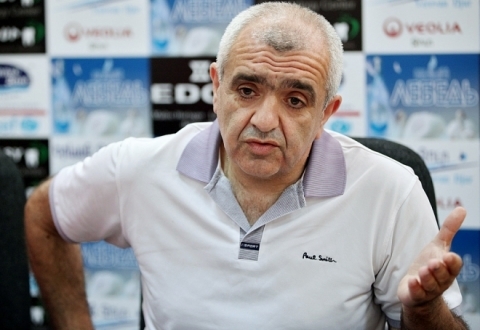 YEREVAN. – If we take into account the fact that our opponents train approximately 30-40 hours per week, whereas the Armenian water polo players train a mere four hours, I assess the result we achieved to be higher than average

To note, eight teams from Armenia, Georgia, Moldova, and Turkey competed in a junior water polo tournament that was held in Batumi, Georgia.

Armenia had one team at the event, and the Armenian youth came in fifth.

But Armenian squad’s goalkeeper Hayk Melkonyan was recognized best player while referee Tigran Simonyan, who is head coach of the Hong Kong girls’ water polo team, was recognized as the best referee.

“I am pleased with our boys. Everything is gradually getting better. We will have another tournament soon; this time in [Armenia’s] Gyumri [city],” Gyunashyan said.